a place of privacy or safety; or a period of group withdrawal for prayer, meditation, study, or instruction under a director

Since 2008 Lorien has been leading local and international yoga retreats. Click on the retreat name for more information. Check back for upcoming retreats coming soon!

Rediscovering Your Vitality in Nature, a Yoga Retreat for Cancer Survivors 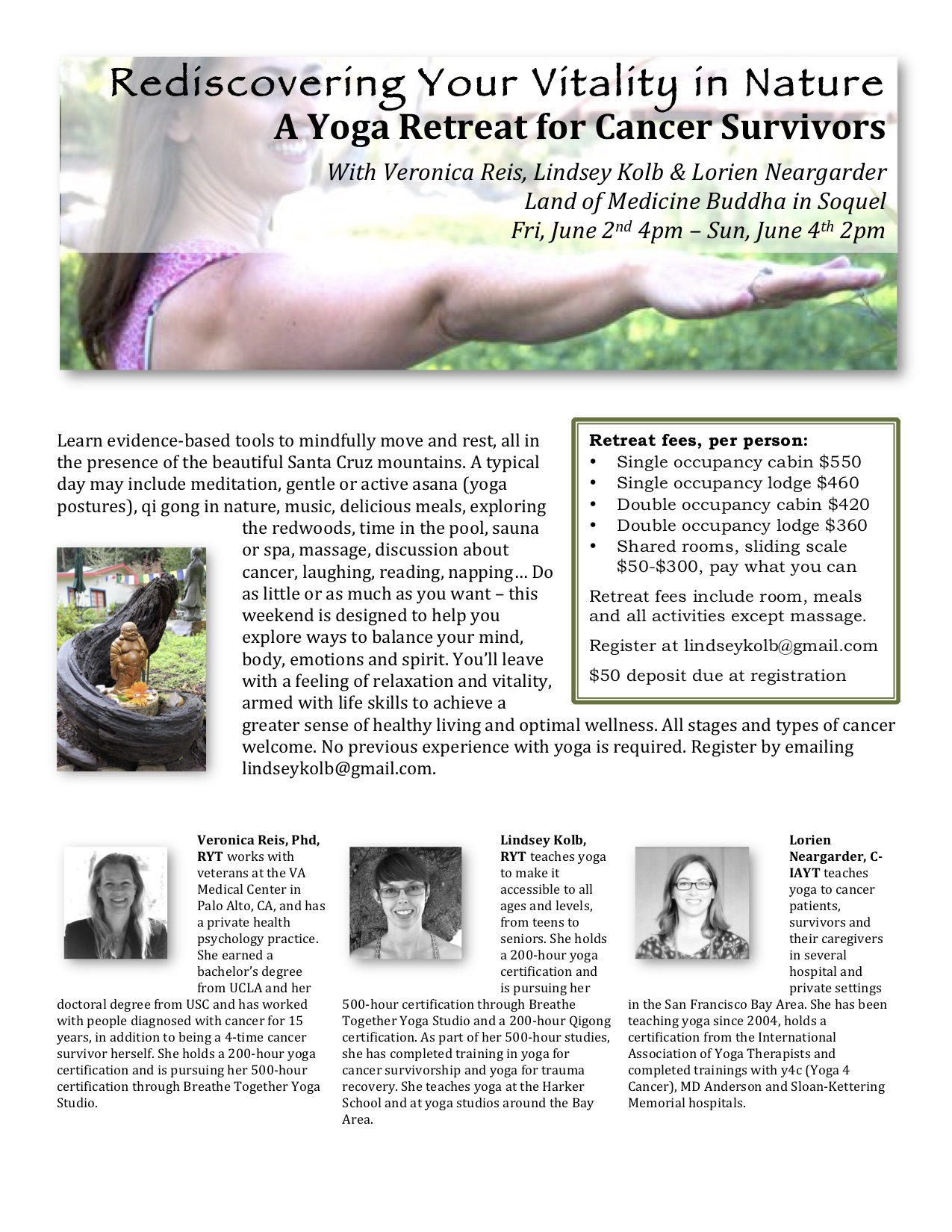 Healing from Outside In & Inside Out: a Women's Yoga Retreat for Cancer Survivors 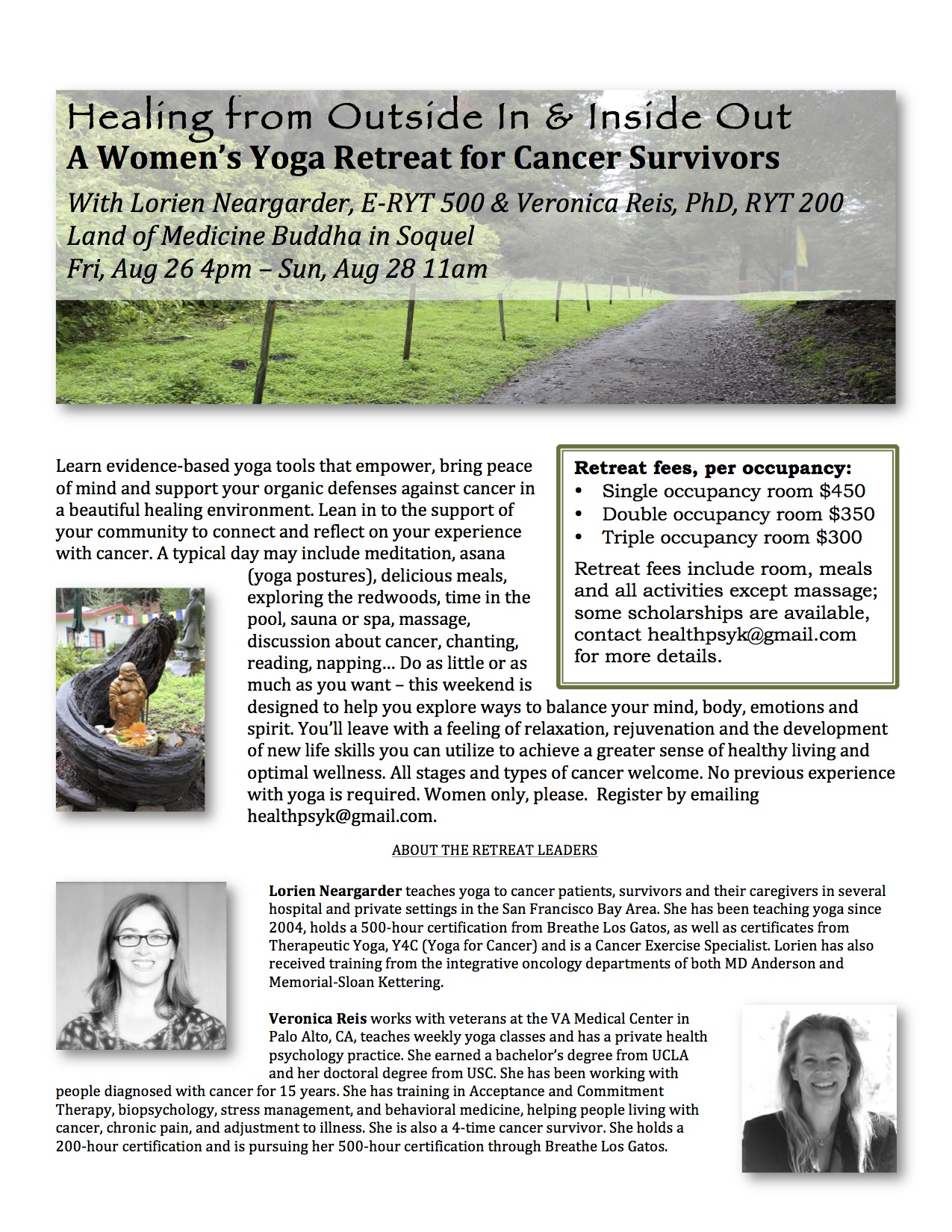 With Lorien and Veronica Reis 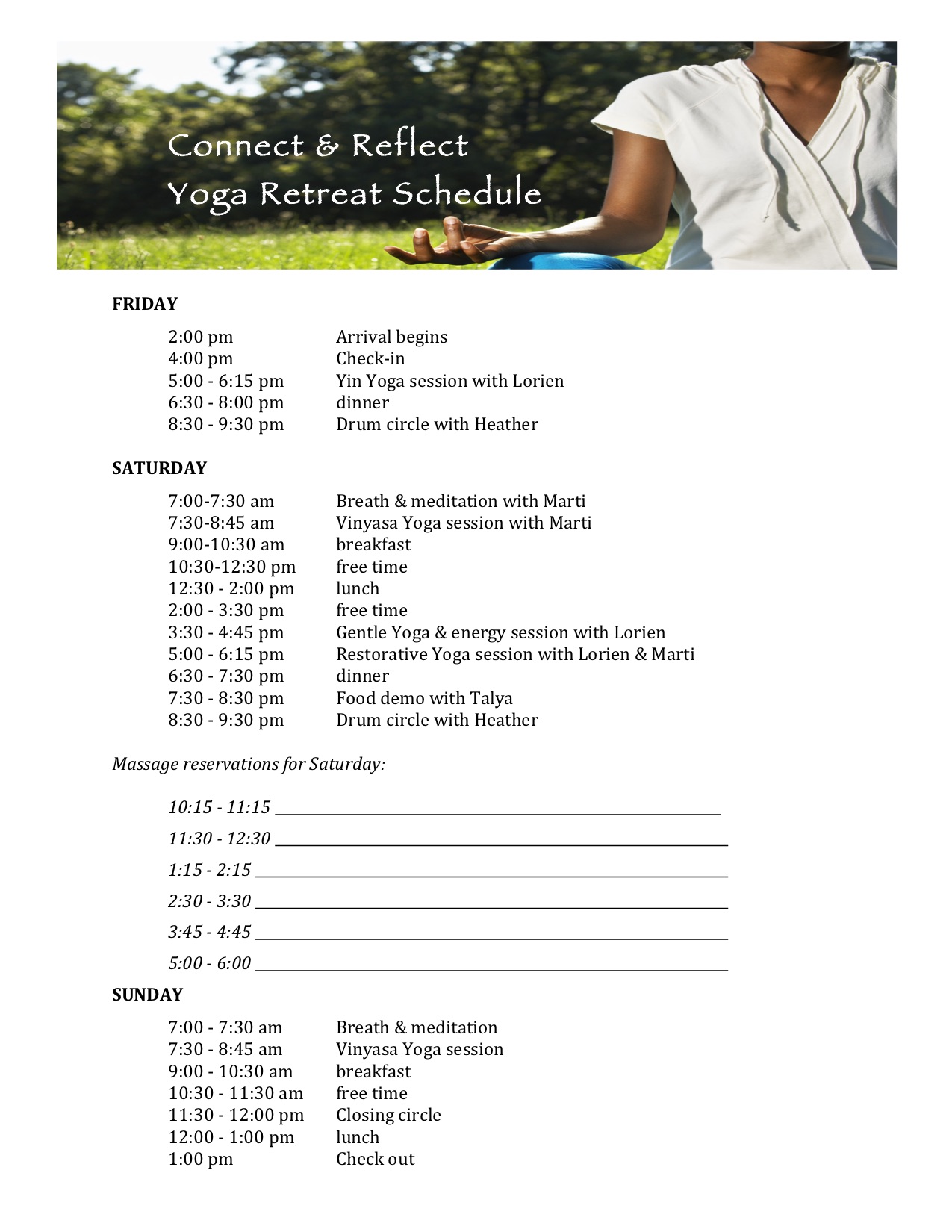 Yoga at the Beach Retreat